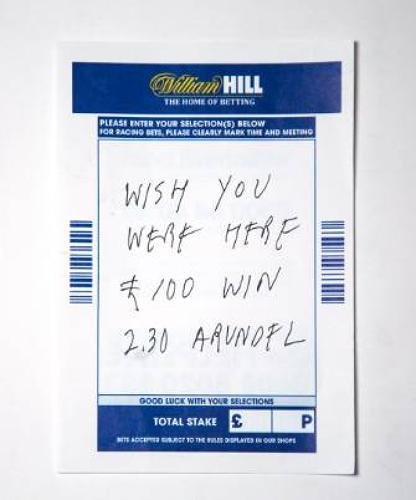 I must be the only 64 year old on the planet who,  until this week,  had never listened to Pink Floyd.

When Messrs Gilmore and Waters were penning "Dark Side Of The Moon" I was already absorbed in establishing my antiques shop in Arundel.  I listened to a lot of Leonard Cohen and Joni Mitchell.  Still do.  But Floyd was a bit too subversive,  a bit too dangerous for an ambitious antiques dealer still wearing Harris tweed sports jackets and Viyella shirts with hairy ties.

For the same reasons I`m the only person I know not to have tried marijuana. Also I`m afraid I`d like it too much.

But this week my friend Paul Farnham,  at the start of a long day in the car off viewing auctions and visiting dealers,  played me Pink Floyd. If I`m being completely true to myself,  I`m still a bit frightened by their "Dark Side"  album.  All that seditious crashing and tinkling. But "Wish You Were Here"............oh "Wish You Were Here".............I`m incapable of listening to each track without huge tears, enjoyable, indulgent tears rolling down my face.

It`s gone straight into the musical programme for my funeral along with "Days" by The Kinks and "There Are Places I Remember" from Johnny Cash`s American Sessions.  Bit of a challenge though for the string quartet. It almost makes me want to be cremated.  The curtains could close to those eerie,  swirling hurricane sounds from the end of "Wish You Were Here."

So far it`s been a year of belated self discovery.  I`ve also realised that I`m not cut out to be a gambler.  Not because I don`t win,  but because I do!

If you thought my superstitions in the world of antiques are a bit crackers,  lucky purple socks,  lucky boxer shorts,  always turning right,  these are nothing compared to the knots I tied myself into during the recent Cheltenham Festival.

My father took me horse racing,  lifting me over the turnstiles at the Brighton Races at the age of eight.  Nowadays,  the only week of the year that I am guaranteed to take off work are the four afternoons of Cheltenham Races.

It was perhaps not a good idea to continue the ritual this year with a team of men replacing our roof at home.  Another team of plumbers replacing the bathrooms and a third outside on the scaffolding painting the windows.

With my work ethic,  I couldn`t bear to let any of them know that I was at home during the day,  let alone that I was watching horse racing.

So,  I barricaded myself into the sitting room,  closing the shutters very slowly in the hope that they wouldn`t notice,  closing the doors and rigging up a curtain of wrapping blankets across the kitchen so that they couldn`t  see me from the back garden.

It was then that the superstitions started to gain hold.  It`s all very well to be reasonably certain that the purple socks and now frayed turquoise boxers work a treat for buying and selling antiques.  The combination is infallible.  But would it work for betting?  Even worse,  if it didn`t work,  would the magic powers drain away forever?

I settled on a superstition neutral combination of dark blue pants and lime green socks which I have noticed recently have resulted in some good sales.  But it didn`t feel right so I got undressed and settled for the magic combo of purple and turquoise once again.

I did toy with placing the bets on the internet.  It seemed a good option because I could do it without revealing to the builders that I was in the house. But that didn`t feel right either.

Slipping out of the front door whilst Freya lured them into the back garden with a tray of coffee and ginger biscuits,   I adhered to the same route as always down the road to Mr William Hill the bookmaker.

Even here I did not escape the tirade of omens.  I had to get my betting slip from the same plastic holder,  likewise with the pen and then place the bet with the same man at the same window.

Twice during the week I had to leave and return tens minutes later because the wrong employee was standing in the wrong window.  By the third day I had to risk admitting to the staff of my neuroses and ask my regular man to move windows to take my bet.  He appeared to think this was completely normal behaviour,  so maybe I am not alone in my betting OCD after all.

I slunk back to the house and installed myself  in my cocooned room.  It was all going perfectly well.  Ruby Walsh on the Willie Mullins trained horse, led all the way and was now coming to the top of the hill, 10 lengths ahead and 4 furlongs out from the winning post.  I was already calculating my pay out and then.............the tv screen turned black and all the lights went out!

Blowing my cover,  I erupted from my chair shouting "NOOOOOO!" It took an eternal ten minutes for the now very nervous looking electrician to fix the blown fuse.  But Mr Walsh had duly obliged,  and went on to deliver two more winners for me that afternoon.

I once more slipped out of the house unseen by builders,  who I thought must have been on another tea break as it was very quiet outside,  and set off on the same route to the "office," as it is fondly named locally.  On entering Mr Hill`s premises to pick up my winnings,  a familiar voice cried out   "I didn`t know that you were a betting man Mr Swaffer,  says Pete, my roofer "I`ve got a good tip in the last!"