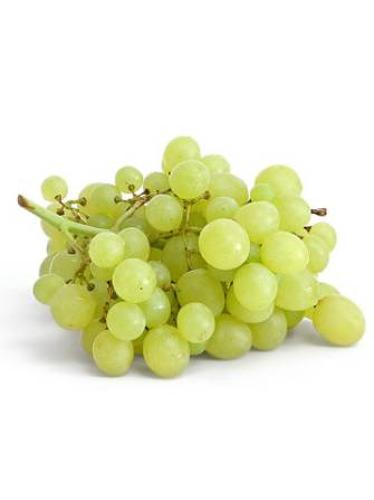 I’m  meant to be sworn to secrecy,  but since I still own my own name,  can reveal that I have not won Britain’s Best Antiques Shop.

I’m  a competitive man as you know. Freya will tell you that when we were first together I took her to Newark. (I know how to show a girl a good time). A night at the Travelodge on the A1 followed at 4am by eight hours in and out of dealer’s vans in sub zero temperatures. We came out from behind a van and Freya spotted a wonderful rooty bamboo table with a laquer top. "What do you think?" she asked me. I pointed out a scratch and that it had a bit of a wobble, advised against buying it, darted behind another van, doubled back and bought the table! What a loathsome person I can be.

I was once at a deballage in Paris and spied my best ever American customer eyeing a beautiful gilt consol.  He will tell you that I gave him such a look that he couldn`t bring himself to return to Arundel for five years afterwards.

So with the hot blood of competitiveness still coursing through my veins, I was delighted to read of BBC Homes & Antiques magazine`s competition for Britain`s Best Antiques Shop. Now H & A, (not to be confused with H & E, Health and Efficiency magazine, the bed time companion of every adolescent public schoolboy in the 1960s) called for reader`s votes.

BBC Homes and Antiques, with the best will in the world, is not the gold riband of interiors magazines. It occupies a comfortable middle ground, more Parker Knoll recliner than Howard armchair.  But hell,  if "HEAT"  or "NUTS" magazines made awards for best Antiques shop,  I`d want one!

I suppose throwing the prize open to the vagaries of internet voting for reader`s to vote for their favourites was always going to make for a strange brew. But the shortlist which has been revealed, is certainly a random mix which I don`t feel that comfortable to be amongst. Call me old fashioned, but I always believed that by definition, a shop must have a clear front door with an open sign,  a counter and a till. One of the chaps on the shortlist deals by appointment from his home in a back street of an English Cathedral town.  Annoyingly, the Oxford Dictionary doesn’ t share my view,  and says "a shop can be a house" but that is not right!

I know that you want me to be rude about the shortlist. ( Kathryn, our new assistant in the shop, described one of the towns as a graveyard with street lights.)  I’ m sure that you’ ve guessed that I’ ve written and discarded a dozen or so Jeremy Clarkson like rants in a fit of lip pursed rage. But instead,  I’ d like to propose a shortlist of my own.

My winner would always have been The Laquer Chest on Kensington Church Street. The business of Gretchen and Vivian Andersen for half a century. They have always dealt in a heady mix of the understated and world class. They should have won.

Gretchen was the first person through my door when I opened the shop at the age of 22. I’ d been saving up things for years for my grand opening. Gretchen bought them all.  She has always made a point of saying things how they are,  and as we loaded the boxes into the back of one of her many aging estate cars that she has owned over the years. I ventured to say "Those are pretty good things aren’ t they." You’ve sold them" she replied, "Don`t expect praise as well."  Its a lesson I have remembered but never learned,  hence my childish thirst for an H & A gong.

Other worthy winners would be the excellent Robert Young,  world leader in Folk Art with his landmark shop on Battersea Bridge Road. Or the cerebral stock of James Graham Stewart.  Then there are the delights of Victoria Davar`s shop, Artefact, in Lillie Road.

I`d be pleased to lose to Jorge at Brownrigg,  who has redefined the English antiques shop. Jorge buys antiques for spaces, he paints pictures with his room settings.  Jorge doesn`t just buy stock,  he buys a whole room.  His new showrooms in Tetbury are everything a 21st century shop should be, smart and masculine.

Similarly, Denny and Arthur at Ark Angel in Tetbury, for their sense of folkiness and fun. Both in their extensive stock and their wonderful  hospitality. I’ d have happily lost to any of them.

I’ d like to say a HUGE thank you to all of those who have taken the time to vote for us in Arundel.

Now I`m off to make a proposal to "NUTS" magazine.