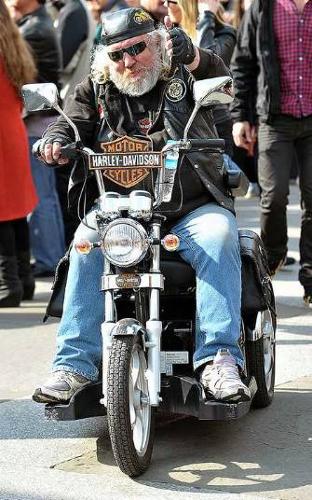 The antiques trade is rather like an English public school. Most dealers are spoken of by their surnames only.

Keith Skeel was rarely called Keith. It was always Skeel. Geoffrey Harley was rarely Geoffrey, always Harley. And I, of course am Swaffer. Sometimes this is used as a verb. Dealers often inadvertently call me Swaffer to my face, rather like summoning their fag to polish the brass on their corps kit or toast them a muffin before evening chapel.

One man who has never suffered these indignities is the London silver dealer universally known as "Mr Leon` Even though I have known him for 40 years, I still have no idea if Leon is his christian name or his surname.

Mr Leon, and latterly Mr Leon`s son, were and are everywhere where silver is for sale. Whether it be in a carboot sale in a muddy field or a saleroom 200 miles up the road.

Mr Leon Senior was and is a buyer to be reckoned with. He came to my shop rarely, recognising that silver was not my thing. But with that uncanny, innate instinct that all great dealers share, if I did happen upon a silver frame or even a humble plated teapot, somehow Mr Leon would appear from nowhere. I would quote a price which would show a silly little profit, he`d offer half. I`d dip below cost just to do the deal, he`d still offer half. It was pretty tiresome but a healthy respect for each other grew. Over the years, it would often be Mr Leon and Swaffer who were the first arrivals at a zillion small fairs.

He and I always turned out for the desultory fair, worse than any car boot, that used to be held on summer Sundays in the grandstand at Goodwood Racecourse, which is in the hills above Arundel. At least I only had to drive up the road, Mr Leon had to come all the way from London. I don`t believe either of us ever bought anything any good there. But like old hunters we were too scared of missing something and both convinced that one day something good would appear.

In those days, the fair at Newark showground was a big deal. It officially opened on Monday morning. Dealers would arrived during the night and form huge parallel queues on the old aircraft runways that surround the showground.

The queues would begin to form earlier and earlier. Dealers began opening their cars and setting up for business from the queue. Some would sell up and leave before the fair gates opened.

Within a year or so it became that people began selling on the Sunday afternoon, then Sunday morning and then through Saturday night. At one stage we were all arriving on a Saturday lunchtime for a fair scheduled to begin at lunchtime on the Monday.

Geoff Whittaker, who owned and dreamt up the mighty Newark Fair, truly understood the momentum needed to run a successful fair. He was aggravating, maddening and autocratic, but it resulted in great fairs.

Subsequent owners have failed to understand that an antiques fair exists to buy and sell antiques. They have made it as difficult as possible for buyers to get in, and have completely misunderstood the tension, the build up and the staged entry required to ramp up the theatre of antiques dealing. But that`s another story... The Saturday arrival didn`t last long. There were complaints from locals about clogged roads and the police were called.

But for however long those Saturdays went on, it was always Mr Leon and Swaffer who were first there. He was looking for silver. I was looking for wood. But with that insane tomcat rivalry that dealers have, we regarded each other warily.

I remember one dark Saturday night in December. The rest of the English antiques trade happily in the warmth of their homes no doubt enjoying a glass or two of bordeaux. The wind and rain lashing down from the arctic as it only knows how to at Newark. Only a handful of vans had arrived and no one was opening their roller shutters. Not even the tea wagon was brewing.

And there Mr Leon and Swaffer stayed, eyeing each other unnecessarily competitively, soaked to the skin, frozen to the spot not by the cold but by the fear of missing something.

Imagine my surprise revisiting Newark 20 years later, to come across Mr Leon, sitting astride a disability scooter inevitably next to a stand full of silver and plate. He greets me like a long lost friend and I resist the temptation to move to the next stand where there is a rather splendid military chest. He leans back into his padded seat like Dennis Hopper in Easy Rider. We reminisce about Newark in "the good old days" and tells me his son is in Yorkshire in the morning, Wales in the afternoon and Sussex in the evening. He says this with wonder. Like he had never done anything like that. Mr Leon has always been a larger than life man physically as well as in  character so to see him squeezed into the narrow chair is cause for concern. I  am about to enquire of his health when a loud American voice shouts "How much is this teapot?" To my astonishment, Mr Leon leaps out of his seat with the agility of an Olympic hurdler and launches into full sales patter.

Simultaneously a lady dealer limps towards the scooter, climbs aboard and drives slowly away.

Mr Leon turns, smiles over his shoulder and says, "You didn`t think that was mine did you?"