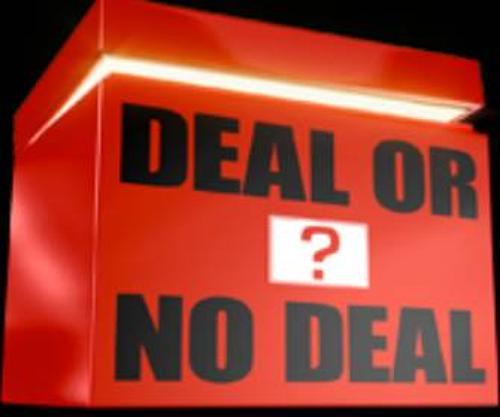 For most of my antiques career,  I have never been much good at haggling over prices.  Ever impatient,  I just want to get onto find  the next thing to buy,  not stand around arguing over a few pounds.

And so it was that in 30 years of weekly visits to the Paris Fleamarket,  it became widely known that I would pay "le premiere prix,"  the first price.  Initially,  the French were mystified,  after all  everyone argued.  But slowly they realised that if I didn`t like the first price I would just walk away.  And so grew up a healthy bond between us and they pitched that "premiere prix"  very carefully.

In those days there were often dozens of other English,  American and continental dealers,  as well as other Fleamarket stallholders,  all racing around the allees in the early morning darkness.  All of us trying to out manoeuvre each other for the week`s fresh goods.  Paying first price meant that I was also given "first go" at things.  Some dealers would wait until I rounded their allee before they would roll up their noisy, metal shutters.

I found that if I missed the opening of Jules Vallees Market at 7 am,  the junkiest of the three main markets,  I could catch early arrivers at Serpette.  Before long,  Serpette was opening before Jules Vallees.  It is not conceit that makes me say that I was dictating the micro timetable of parts of the Market.  It was simply that I paid the first price,  paid them there and then,  and had the goods picked up within an hour of buying them.  Market forces at work,  and the other buyers hated it.

I`ve always tended to go buying on my own but many other dealers operate as Good Cop Bad Cop.  One shows enormous enthusiasm,  the other pours scorn.

Maureen and Sam Lyons were just such a team.  Maureen would dash into a dealer`s stand squeeling with enthusiasm for a chandelier or a Venetian mirror.  Her husband Sam would follow on shaking his head wearily.  He told me recently that where I was known as Monsieur Spencer,  he was known as Monsieur No.

Tactics when dealers buy are fascinating.  I used to buy fine English pottery tea and dinner services.  It was all very fiddly and twee and time consuming,  requiring an age to view at auction.   Everything had to be pristine,  no rubbing,  no wear and no sign of age.  Services like that don`t seem to exist anymore.  My purchases quickly brought the attention of two good looking men from Brighton.  Permanently sun tanned,  wearing pastel coloured cashmere sweaters slung over their toned shoulders.  They had two careers,  half the time they were pursers on British Airways long haul flights,  and the other half was spent dealing in china as fine as their features.

They quickly realised that I was deeply superstitious and had to sell to the first person through the door on a Monday morning,  or the entire week would be cursed.  It didn`t matter if I made a loss,  it just had to be a sale to get the week started.  Its a tactic that I`ve employed abroad,  now that I tend to haggle more,  urging the dealer with something that I want to buy,  to sell "pour un bon commencement,"  for a good start.  It always works.

My two gentlemen callers took to ruthlessly exploiting my foible.  I found myself buying dinner services  that I didn`t really want and then selling them at a loss just for "un bon commencement."

It took some months to realise I just didn`t have to let them into the shop when they arrived.  That way,  they wouldn`t be the first people through the door that week !  And so it was that one Monday morning I was in the shop,  in full view of the front door,  when they rang and rang the doorbell and I ignored it.  They never came again.

My old friend Bruce Newman,  owner of Newel Art in New York,  practices very intimidating negotiations.  I have never seen him touch anything,   but he would kick everything that interested him,  very softly but dismissively.  To further unsettle,  he would write a list of what he liked on the tiniest scrap of paper,  and in the tiniest writing.  It left me feeling very small and my stock rejected in an era of big American buyers filling page after page of purchase orders.  I would be left with such low self esteem because all he was interested in would fill a postage stamp,  that I would find myself quoting stupidly little for everything.  Just when I thought it couldn`t get any worse,  he would get out an  even smaller pencil and begin scratching out my few paltry prices and I would find myself agreeing to a further "knock" if he bought it all.  When it came to carrying out the items he`d bought,  I would then realise that he had made off with the most interesting things in the shop.  Even after all of this,  I still liked and respected him enormously.  He was quite an act.