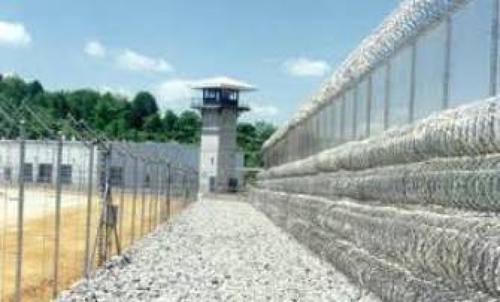 I`ve never been able to see the point of turning up for the official opening of antiques fairs. The true hunter gatherer always blags his way in during dealer set up.
For many years Bezier Fair in the south of France near the Spanish border, was a one day affair held on a Sunday.
Exhibiting dealers would arrive in darkness at 5am and set up for the opening at 8am. Many dealers used to jump the (pretty high) chain link fence. Being clumsy and very accident prone, and valuing my trousers as well as my nether regions, I preferred being smuggled in.

I`d wait at the end of the lane at the rear of the Parc des Expositions, for a jolly trio of ladies from Nice. I think they lived together, sporting closely cropped hair and ex-army surplus clothes.
They didn`t speak a word of English-they didn`t sell anything I ever wanted to buy- but they seemed very happy to load me into their van and hide me underneath a pile of smelly rugs.
Once inside, the hoard of blaggers were in constant fear of being turfed out by the promoter: a terrifying little man with a vile tongue who rode round and round the show on a child`s bicycle looking for trespassers. The knack to avoiding ejection was to stand, or better  sit stock still until he passed. He seemed to assume that if you weren`t moving then you were meant to be there!

Eventually he expanded Bezier to a two day event and the whole game moved to a Saturday morning. These days it is far less fun and everyone gets in at the same time. Without the subterfuge and element of danger, the fair lost its edge.
A fair held twice a year in the Parc de Gautier in the centre of Isle-sur-la-Sorgue used to present a bigger challenge. It had only one entrance, closely patrolled by over-zealous security in high viz jackets and a rosta of exhibitors so terrified of the organisers that they wouldn`t smuggle anyone in.

One hot August afternoon, after an hour of failing to get in through the fortified entrance, Freya and I were sitting having a romantic glass of wine in the Cafe Longchamps,
"I`ll just be a minute", I said.
Circling the high walls of the Parc I came to the main railway line from Avignon to Vauclause. Half a mile along the busy railway track I found a tall Pine tree with obliging branches sticking out over the offending parc wall.
Five hours, two marble top tables, a panelled room and several armoires later, I presented myself back at the Longchamps.
Inevitably, on my return to the bar, I found Mrs Swaffer mildly pissed, but only in mood as I`d left her sitting outside the bar for five hours without any francs to buy a drink!

For some years there used to be a half hour advantage to penetrating Parma Fair in Italy. Alan and I discovered a service entrance in the perimeter fencing. We`d wait for a band of Senegalese cleaners to arrive for the day shift and walk in amongst them. We would then hide in the shadows until the dealers` lorries piled in 30 minutes before 5,000 buyers waiting patiently outside.

On our most recent visit, having failed to get in dressed as a cleaner, and finding the fence inpenetrable, with all entrances covered by Carbinieri style security guards, I reluctantly waited by the main gates with a gang of Irish, half the decorative trade from London and sundry Parisiennes and Belgians.
One of the upsides of having impaired vision is that I cannot see the whites of peoples eyes or the size of security guards. The barrier lifted to allow an exhibitors truck through and the London and Irish crews dived for the far side of the truck, unsuccessfully attempting to foil the guards. Sensing the surge forward, and feeling no fear as I can`t see much to either side of me, I strode purposefully through the centre of the gate. I was in!
At which point, the Irish, Belgians and London mob were rugby tackled by security and brutally shoved backwards behind the gates. Unfortunately in the chaos, Alan, my eyes and ears, was left behind the now closed barrier. Alan phoned me "typical" he said,"you`re the only buyer in again, and the only one of us who can`t see a bloody thing!"

The first time they ever held the fair at Vincennes on the outskirts of Paris it actually took place in various clearings in woodland in Bois de Vincennes. What the organisers failed to realise was that these clearings were also the work place of half the prostitutes in that quarter.
It began as most fairs did in those days, at midnight. The ladies of the night had never seen so much torchlight activity. But instead of it being aimed at their fishnet stockinged legs, it was directed at the legs of tables and chairs.

I only ever went to the Brimfield Fair in Massachusetts once in 1990. Sterling was at $2 to the £1 and the timing seemed right. I found myself shut out of the action by still more chain link fencing. All the fields seemed to be run by very scary women with terrifying names. But I soon found they were happy to sell me a pitch for $50 and through the fence I went.
By the friday morning there was only one field left to open: sweetly called the Girls` Field. It was surrounded on all sides by a wide stream, and a thicket of poison ivy.
Yes you`ve guessed it .....and I can`t swim.

In the last ten years English antiques fair organisers have become obsessed with everyone having a namby-pamby level playing field and stringent attempts are made to keep us out.
(What a silly concept- an antiques fair where people try to get in-to buy!)

Near us in Sussex is the Ardingly Fair. Organisers now employ an army of security guards along the fences. The coralled stallholders` vans closely resemble the police tactics of "kettling" demonstrators during anarchist protests in the City of London.
Bewildered customers often ask me why everything in the antiques trade starts in the middle of the night. It`s simply because we all like to get ahead of everyone else. Thus things start earlier and earlier.

But I can tell you that 50 yards to the left of the main entrance to a west country show ground, just there behind the burger van in the lay by, there`s a gap in the fence, on antiques fair days it`s the only place to not be seen.