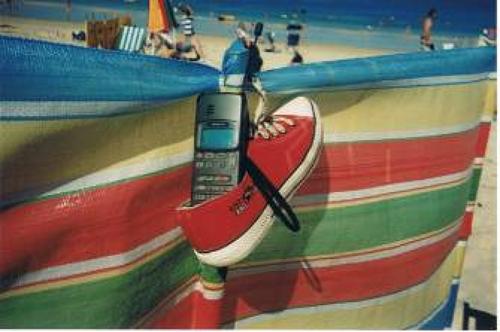 On Monday, I retired. No, really I did. Technically I semi retired on Monday, but by Wednesday I`d made it to full time retirement.

It did not go well!

This week, my retirement has gone much better: I`ve been to Sweden on a two day buying trip, viewed every auction on the south coast of England and am currently writing this from seat 1a on a British Airways flight for a buying day in Edinburgh and Perthshire. Tomorrow I`m in the shop all day preparing to greet my longest standing American client, after three deliveries starting at 6am.

Yes I`m enjoying retirement, a subject which always heads the agenda the moment I spend any time in Cornwall.

For five summers some years ago, Freya and I owned a tiny, 3 roomed cottage there. We`d go for small chunks of time each summer, returning to Arundel when auctions needed viewing or clients were visiting.

Our little house stood on the sand and the back door opened straight out onto St Ives harbour. On high Spring tides we would wake up and find the beach had burst into the kitchen and the floor would be a mass of starfish and sand.

But even with semi retirement there came responsibilities. The beach outside was the favourite of many couples in their 70`s and 80`s who`d clamber down the hill each morning and sit in exactly the same square foot of sand that they had occupied for years. Each of them would haul down the hill a whole beach store of battered folding chairs, sun bleached wind breaks and umbrellas, faded by a dozen Cornish summers.

Freya was always astonished, when I, who would leave home via the back door rather than speak to the neighbours, struck up a huge friendship with this gang of old timers.

Before long, I was taking them out trays of tea and we`d huddle around my old Roberts radio listening to the cricket, ( I had never before had the slightest interest in cricket! ) They also introduced me to the Cornish comedian " Jethro," and we would spend endless days sharing a Sony Walkman, listening to his complete works. It wasn`t long before I had gone to a garden centre and bought myself a folding canvas chair just like theirs.

Then I started to feel sorry for them having to lug all of their belongings up the hill every evening so I offered to store it all in the middle of our tiny kitchen............. And so it became my responsibility to reserve the beach outside the house. Laying out everybody`s belongings as if they had never left the evening before.

But it was my band of pensioner friends, who bought my first period of retirement to a close when I found myself discussing the price of scotch eggs from Lidl`s, Penzance. Now I don`t even like scotch eggs and I`ve never been in a Lidl`s anywhere let alone Penzance!

Penzance, a strange and somewhat gloomy town at the edge of England, where the land almost but not quiet totally runs out. Men and women of an uncertain disposition tend to run away to these extremities, and there they stay, unable to return.
Beccles in Norfolk ( or is it Suffolk? ) is one such town. Whitehaven in Cumbria is another, and Penzance is most certainly one.

I was reminded of ALL of this recently, when Freya and I found ourselves on a bus, yes really, in rain sodden anoraks like a couple of exhausted youth hostellers, travelling to Penzance through towns with uplifting names such as Crippleseaze and Ludgvan.

You see, we were house hunting again! The lure of summers in St Ives has ripped through us ever since we sold our tiny cottage. Poor Freya is finding it ever more difficult to find somewhere for us to stay when somewhat unreasonably, I give her a days notice, on a bank holiday weekend to find us a bed for a few days.
These days Cornwall has a permanent " no Vacancies " sign in the window, and with holiday homes refusing to take our beloved border terrier because of allergy fears for future guests, it seems the only way is to own our own place again.

We`ve had 5 near misses. Sad people that we are, we are known for springing out of bed at 5am when we hear the " ping " of the latest Prime Locations blast landing in our inbox.

On one such Saturday, a huge and wonderful crumbling ruin of a house, high above the harbour appeared in our inbox. We know this house, we have stalked this house and we really, really wanted this house.

By 5.45am we`d mentally bought it and by 5.50 Freya was studying the Farrow and Ball charts. We spoke to the Penzance Estate Agent at 9am, grabbed the dog and the car keys and drove West. This was our fatal mistake, we should have jumped in the car at 5.05, unwashed and driven like demons.

By Winchester we`d planned the new kitchen, by Taunton I had semi-retired again, by Exeter we had come to the conclusion that I would have to permanently retire to be able to do everything that we needed to, to the house. By Bodmin the agent rang to tell us he`d sold it to someone else!

And so it is in Austerity Cornwall 2012. Everything sells the second it goes on the market.

We`ve found somewhere now. A pretty, seaside, sunshine filled 1930s house perched on the spine of the hill, beside the Tate and overlooking the harbour.

This was the purpose of our soggy bus journey to Penzance. To engage a property solicitor. I felt so travel sick that I tried unsuccessfully to get a taxi back. Instead, we spent a happy half hour in the bus shelter on Penzance seafront listening to some Northern folk comparing the price of scones in Penzance to Hebden Bridge! A little reminiscent of scotch eggs and Lidl`s, but not enough to put me off our return to Cornwall for a few weeks a year. But if I see a happy band of octogenarians hauling windbreaks down the hill towards the harbour, I think I`ll have to start using the back door again.