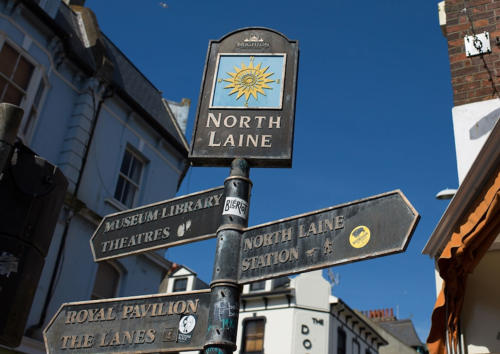 I opened my first antiques shop, to my parents dismay, at 16 years of age on Brighton’s Gloucester Road. They had loftier ambitions for their son, than a career in second hand furniture. My mother only came there once, she burst into tears and quickly left never to return. Today the road is at the heart of the vibrant North Laine, a Boho, San Francisco style quarter. In those days it was just known as “Up By The Station!” I dealt in anything I could find: carnival glass, flo blue china and Staffordshire pottery. Pretty dull kit really. I optimistically put a handwritten sign in the window “Houses Cleared - Free of Charge,” and wondered why I didn’t get any takers.

Brighton then, less now, was dominated by a weekly cycle of knocker boys, “going away to work” on a Monday and returning, roof racks stacked high, on a Friday. Many “went away” for longer courtesy of Edward Street Magistrates Court. It was a world dominated by nicknames. My best customers were two gentlemen known as Arnold Mutton Chops and the Boiled Worm. So called because Arnold had gigantic, Dickensian sideburns and Derek, well Derek just looked like a boiled worm! They dealt in commemorative china and cranberry glass.

China jug and bowl sets found a ready market to Chunky Carter who had a warehouse out on the London Road, piled floor to rafters with potties. Then there was Dave the Snake. So named because he would slither round a corner whenever there was a deal being done. He shared a shop with Paul the Pen, who dealt in pens funnily enough. Then there were the Widow Clarke, April Ashley and of course Lady Gloria Vaughan who were all men. And finally, Jill Palmer’s favourite, Swab Alice. I hate to think what they called me!