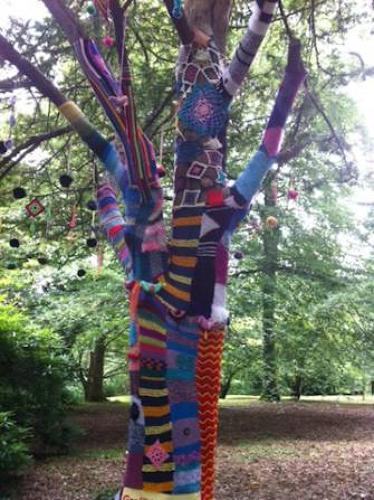 It may be one of the sweet pains of entering my 60`s, but I have noticed an increasing tendency on leaving favourite  places, rarely visited restaurants, occasional events and random music gigs to stop and wonder aloud: "if only I can live long enough to return next time."

I wouldn`t mention it but  I`ve also been (rather unsuccessfully) planning my funeral music. My coffin will exit the church to Johnny Cash`s "there are places I remember" from his American Sessions. It may have to be repeated as I have yet to come up with exactly the right track from the Leonard Cohen songbook.

As I say, I wouldn`t mention it, but I have shared my "not living long enough" neurosis with several other people who have also entered their sixth decade. All have nodded rather too feverishly in total empathy, so I can only assume it`s a universal fear.

I was attacked by this dread on leaving Port Eliot Festival on a dark, Cornwall Sunday evening last week. It had been revealed that there wouldn`t be a festival next year. The land and the family who own it, are taking a year off.

In a sentence: Port Eliot is a rather bohemian stately home, somewhat dilapidated and standing on a muddy inlet of Cornwall just across the Tamar Bridge. The home of the equally bohemian Earl of St Germans  (think Longleat without the wifelets) with a round room decorated by Robert Lenkiewicz and a drawing room piled high with surfboards and stacks of Rolling Stones 78`s bulging out of 18th Century chinoiserie cabinets.

It all kicks off on a Friday, but ever the hunters Freya and I have to arrive on Thursday to check out the vintage stalls. this year`s haul: a 1960`s floral lemonade set, the best wicker wheelie trolley ever and a £12 straw hat.

The Festival part literary, part music, part cookery and part bonkers has been running for seven years. An atmosphere of nostalgic lunacy pervades the weekend. It takes the best aspects and most intelligent parts of other English festivals and drops them into a Cornish valley. Venues have titles redolent of English country estates. Glastonbury has The Pyramid stage and The John Peel tent, Port Eliot has Walled Garden and Bowling Green, a large marquee that plays host to world-famous authors who talk intimately for 45 minutes on subjects closest to their hearts. It`s an eclectically compelling world of the unexpected. We listen to Gavin Pretor-Pinney on the subject of cloud collecting and Sam Leith who, would you believe, manages to make us laugh for three quarters of an hour whilst exploring the history of "rhetoric!"

Suggs headlines the Big Top stage on the Saturday night with a 90 minute monologue of his days with Madness, and the love that his fans enveloped him in. Set against his family who as he says "put the funk into dysfunctional." Mrs Swaffer and I have a mild tiff during his act when Mrs Swaffer not unreasonably, suggests that I might want to take off my newly acquired £12 straw hat because the man behind me can`t see. Too many glasses of Petit Chablis in the Walled Garden are to blame and I stand with my head obstinately bowed for the remaining 40 minutes rather than remove my new best hat!

Speaking of Mrs Swaffer,  I have long been envious of more illustrious diarists like AA Gill whose wife and companion Nicola Formby is always referred to as "The Blonde." On Bowling Green William Dalrymple speaks about the White Moghuls of 19th Century India, and of their wives to whom they refer as The Begum. Of course calling Freya the Begum has instant childish appeal. Never mind the historical accuracy that the White Moghuls had 12 wives, of which The Begum was the most senior and the most revered. A sort of 19th Century "She Who Must Be Obeyed." (I`ve no idea whether this will make the final cut as Freya is Editor in chief of this Diary.) However, I doubt any of them was asked to remove their turban during a Suggs gig!

Beth Orton, her voice cracking with emotion after seven years out of the limelight performs an astounding purple lit set, sung against a sulphuric green backdrop of woodland and darkening skies.

Cookery talks take place in the Big Kitchen. A large, blue painted double height room deep below the main house. Daniel De La Falaise is private chef to amongst others, Kate Moss. His slender appearance confirms fears that neither of them can eat much of what he cooks. Everything is addressed in very sensual terms. He speaks a lot of moisture and pleasure. His preparations of a seabass is lifted straight from the pages of Fifty Shades. When he serves the fish, he asks us to undress it slowly and he speaks at length about every vegetable in his garden being wed to it`s perfect herbaceous partner.

The weekend is peppered with events from the sublime: Freya spends a happy half hour down by the river, watching a near naked Dominic West playing "sexy domesticated dad" rolling around with his children in the estuary mud, to the ridiculous One Minute Disco: A converted 1950`s ambulance stops infront of us on a leafy pathway, disgorges 20 disco dancers and Suggs! We all dance ridiculously to Billy Idol`s Hot in the City, which pounds out of the ambulance for 60 seconds. The music stops, Suggs and dancers climb aboard and drive off into the woods.

At one point I wander alone into a darkened jet black marquee reverberating to tamla motown, empty except for a skeletal man dressed in a suit and leopardskin hat "It`s just you and me man" he says.

Tip of the weekend: Never buy a £12 straw hat. It itches like hell after a while! I`m wearing a turban in 2014, provided Johnny Cash doesn`t get to sing first.