Bouret was a French sculptor. Best known for his Neoclassical bronze pieces, he focused on historic themes and mythology while incorporating external materials and devices such as marble, plaster, terracotta and lighting fixtures. Born on April 16, 1833 in Paris, France, he went on to study under the French decorative sculptor Louis-Charles-Hippolyte Buhot. Bouret received commercial and critical success during his lifetime, notably being commissioned to sculpt the tombstone bust of the popular French novelist and fellow bronze sculptor, Alexis Bouvier. He exhibited at the Paris Salon regularly until his death on September 30, 1906 in Paris, France. 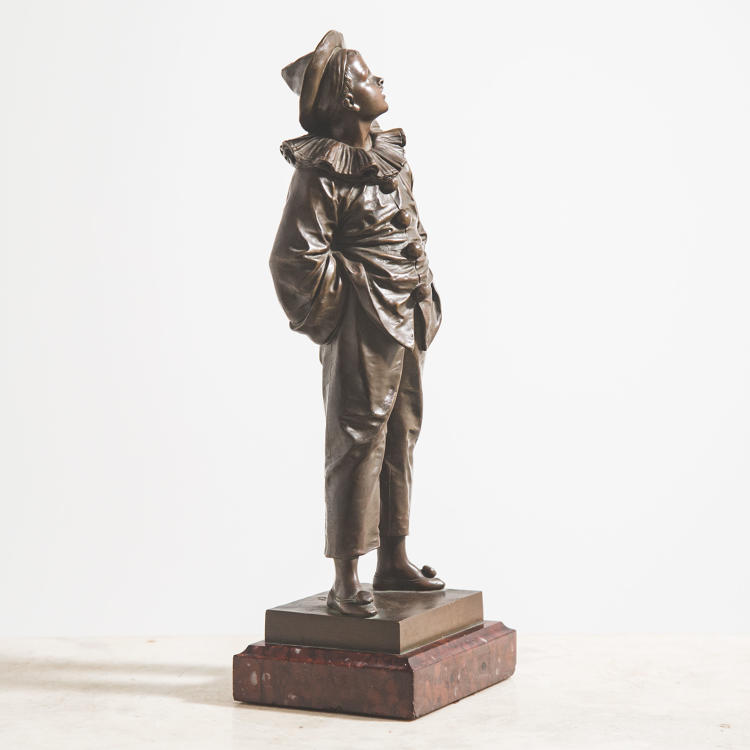 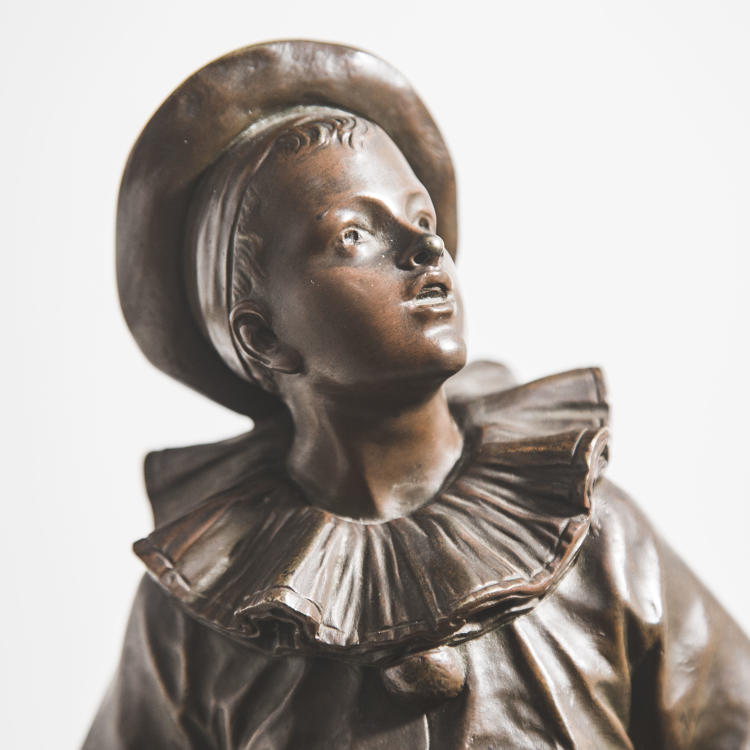 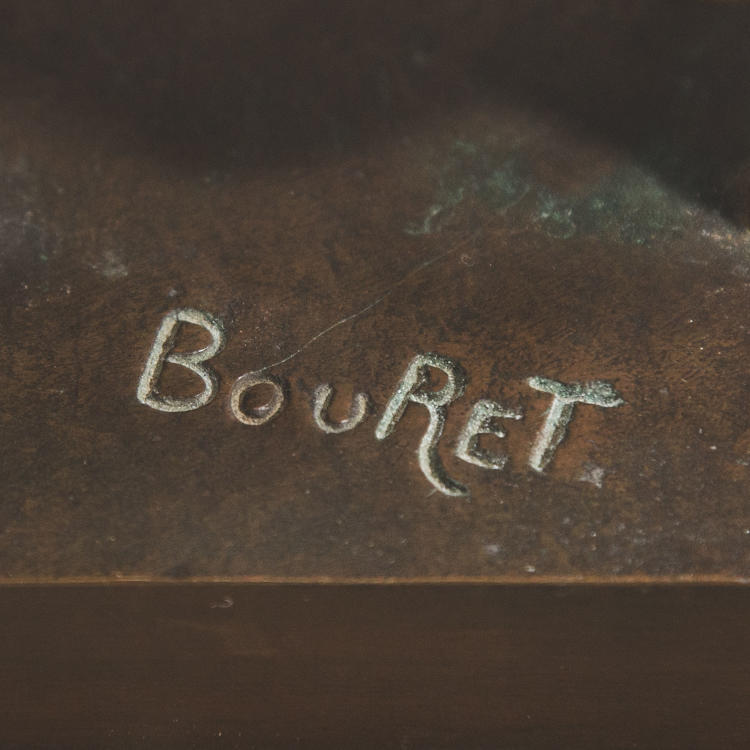