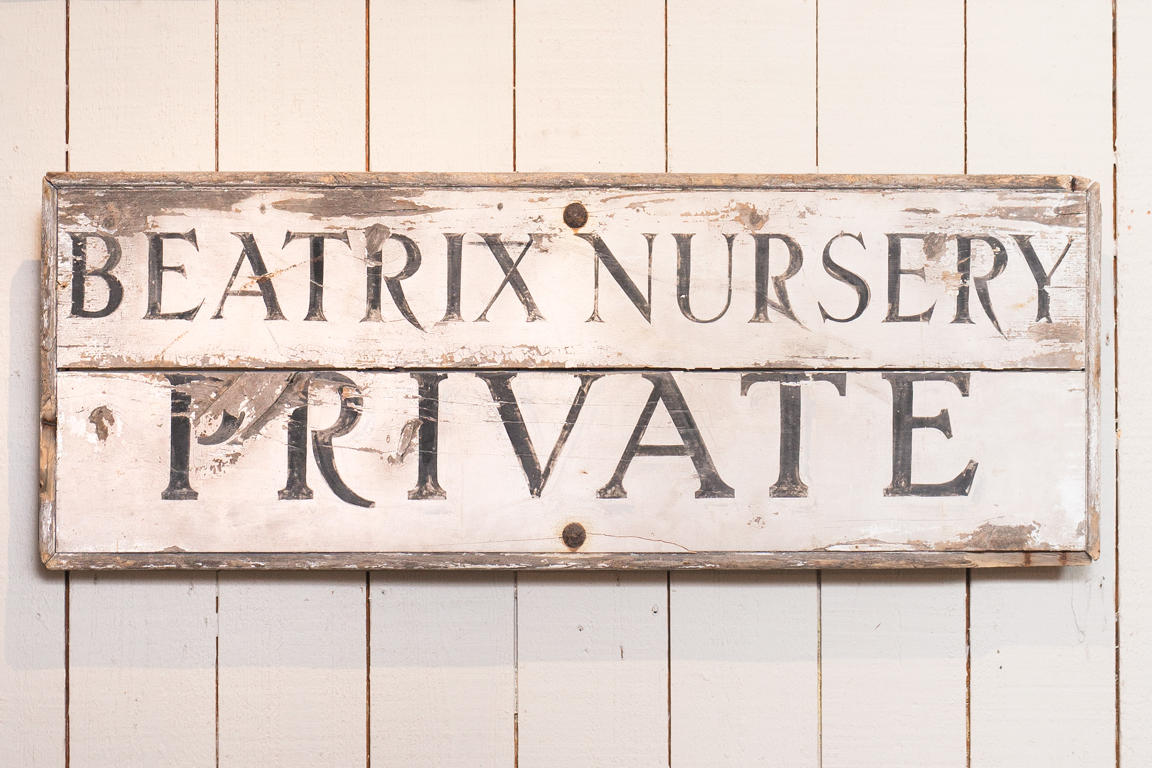 Provenance:  The Beatrix Nursery was founded in 1943 by Dowager Lady Pembroke, who offered the top floor of her own home, Knoyle House, to take in homeless babies for The Children's Society.  It was named after her daughter Lady Beatrix, later Countess of Wicklow, who became president of The Children's Union.  The nursery opened to take in four babies on 1 November 1943, with the number later growing to 14.  In March 1946, the nursery was moved from Knoyle House to Clouds House, also in East Knowle, which had been used by the military in the Second World War.