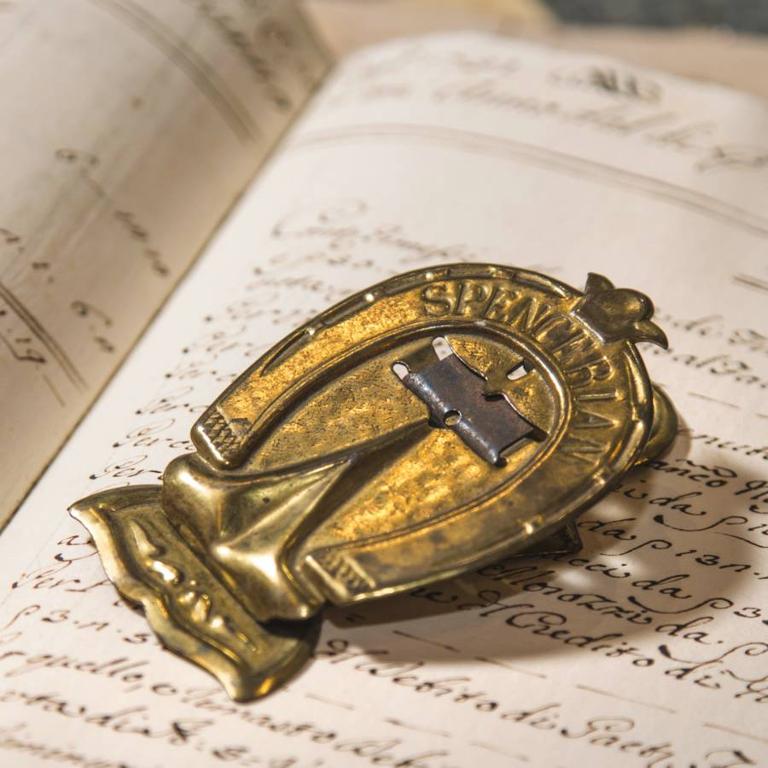 
England 1900
Commemorative brass horseshoe shaped letter clip.
Spencerian refers to a type of hand written script developed in 1840 by Platt Rogers Spencer which soon after began to be taught in the school Spencer established specifically for that purpose. Predominantly used in the United states from approximately 1850 - 1925 the script was considered the American de facto standard writing style for business correspondence prior to the widespread adoption of the typewriter.
Spencer used various existing scripts as inspiration to develop a unique oval-based penmanship style that could be written very quickly and legibly to aid in matters of business correspondence as well as elegant personal letter-writing.
Graduates of Spencer`s school often travelled abroad to create replicas.