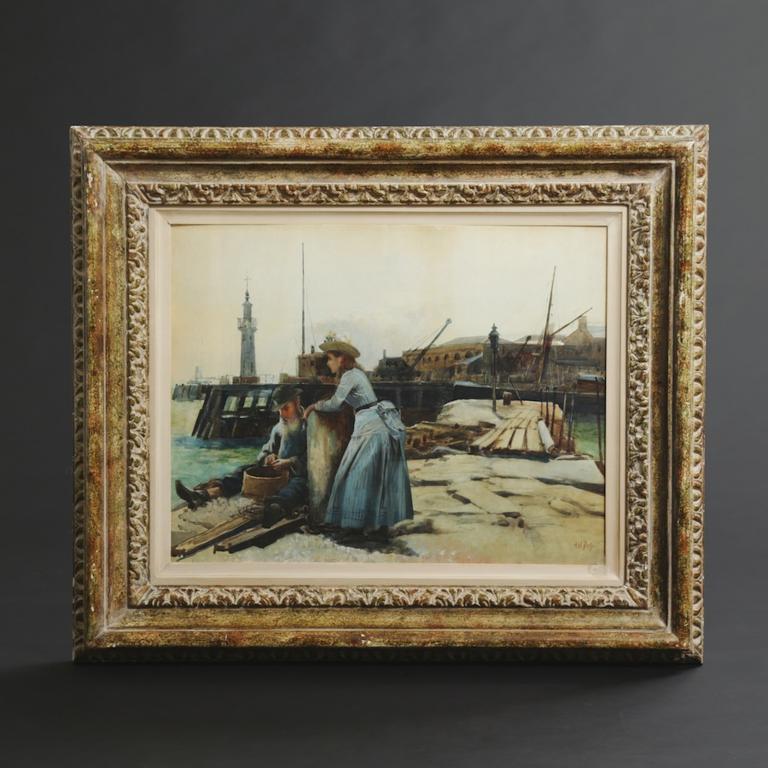 England 1880.
A fine watercolour by listed artist Alexander Mark Rossi (1840 to 1916) who exhibited 66 works at the Royal Academy.

Born on the Greek island of Corfu, the son of Dr. Mark Rossi, an Italian who was one of the three judges presiding over the Ionian islands during the time of the British rule.  On a visit to Preston, England in 1866, Rossi met and later married Jane Gillow.  He remained in the United Kingdom thereafter.  In the 1870`s he moved to London.  Between 1871 and 1903, Rossi exhibited 66 works at the Royal Academy and was also a member of the Hogarth Club.

Many of his paintings were of children and young adults, the models often being members of his own family.  Perhaps his most well-known painting is Forbidden Books (1897).  After his first wife`s death, he married Silvia Tassart in 1902.  He died in Golders Green, London on 9 January 1916.