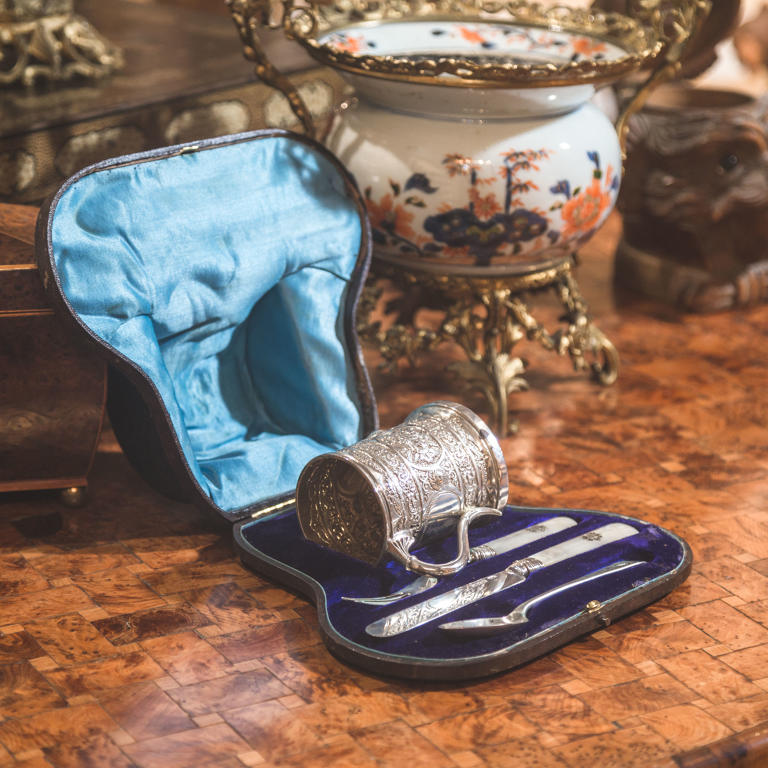 The firm was the largest manufacturing silversmiths in England outside London, Birmingham and Sheffield. The activity was established in Bristol by William Woodman at the beginning of the 19th century (pieces with his mark date from c. 1818 to c. 1838).
The business was succeeded by Robert Williams (marks c. 1832-1854). In c. 1845 James Williams took in partnership his two sons James and Josiah Williams, trading as Robert Williams & Sons until his retirement in 1853.
In 1855 the firm, listed as James & Josiah Wiliams, was active at 14 Small Street, Bristol as manufacturers of silver and electroplated goods.
In 1860 the firm had temporary premises in London, at 79 White Lion Street, Pentonville, while from 1877 they were active at 18 St. Augustine's Parade, Bristol.
After the retirement of James Williams (c. 1877) the partners of the firm (now Josiah Williams & Co) were Josiah Williams and George Maudsley Jackson (until 1879 when also Josiah Williams retired from the business).
Josiah Williams production was mainly responsible for keeping the Exeter Assay Office busy during this period. After the closure of the office (1882) the hallmarking was transferred to London (where George Maudsley Jackson entered his mark).
In 1884 David Landsbororough Fullerton joined to the partnership and the factory moved to Three Queens Lane, Bristol, with London office at 25 Thavies Inn, Holborn.
After the retirement of G.M. Jackson the control of the firm was assumed by D.L. Fullerton.
The business was transformed into a limited liability company in c. 1925, under the style Josiah Williams & Co (Bristol) Ltd (until c. 1940).